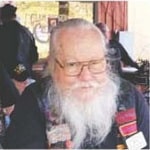 September has a lot of important things going on.

We hope you took the time to vote in the primary election.

By doing so, you’ve narrowed down the races and have a good idea of about the general election in November.

We have important choices to make that will affect the next four years.

On August 31st through September 2nd, Camp and Jam is being put on by the MMA’s Rim Country District, in Tonto Village just North of Payson.

September 1st, NCOM is holding ‘ A Coming Together’ in Durango Colorado. This event provides numerous seminars regarding issues directly related to motorcyclists. Various clubs and organizations from the surrounding Western states provide a confederation of clubs reports for their areas.

September 14th through the 16th is the Thunder Valley Rally in Cottonwood Arizona.

September 20th through the 23rd is MRF’s Meeting of the Minds Conference in Denver Colorado. This is a National Conference and provides seminars on many topics.

So, as you can see, there are a lot of things happening to support the motorcycling community coming up.